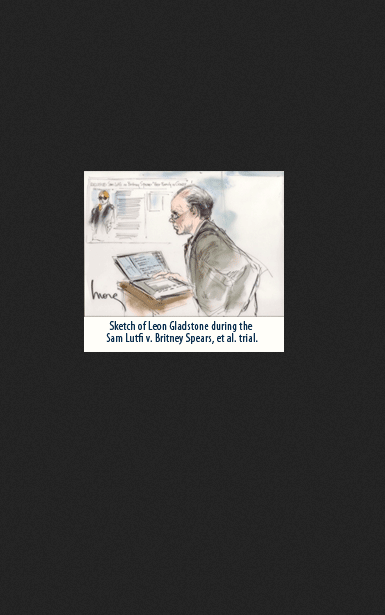 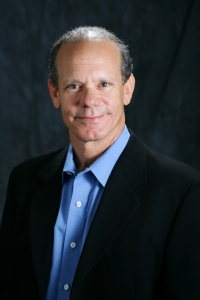 Empathy. Intuition. Warmth. Charisma. Not words one normally associates with a successful entertainment attorney – but Leon Gladstone has them all in abundant supply. In fact, it may well be those very qualities, in addition to his formidable legal expertise, that contributed decisively to wins in a number of high-profile cases, including the recent victory representing Britney Spears’ family against plaintiff Sam Lutfi. This case was just cited as one of Hollywood’s Top 10 Legal Dramas of 2012 by The Hollywood Reporter.

“It all comes down to the interpersonal dynamics at play. You have to grasp the emotional essence of the conflict. In the Spears case, I saw the situation not only as an attorney, but as a father,” he explains, adding, “and it’s in a father’s nature to fight for his child’s life; whether they’re famous or not, it’s his instinct.”

These and other valuable insights are among those Leon shares in his articulate and absorbing style, in media interviews as well as guest speaking engagements. Not only do listeners come away with a greater understanding of these cases that captivate the public’s interest, they may well deepen their awareness of human nature and what makes us who we are.

Perhaps the signature strength that Leon brings to the proceedings is his ability to bring the human dimensions to bear on the conflict at hand, and to keep in mind that above all, people’s brains are “not like computers, processing facts, but more like hearts, with information filtered through the lens of emotion,” notes Leon.

Leon is available for guest legal expert spots and other interview opportunities when celebrity or entertainment legal cases are highlighted in news and features programs and special reports. Please contact Rita Hollingsworth/RMH Media at rita@rmhmedia.net or (323) 934-9248 office or mobile (213) 361-2736. 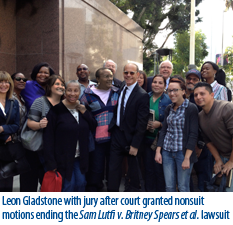 Interview with Leon Gladstone in The Daily Beast:

In addition to his representation of executive producers and other principal creative of several animated TV series, Leon works with actors, directors, producers, writers, financiers and distributors, as well as a host of below-the-line talent, negotiating and documenting financing, production, distribution, talent, publishing, touring and live event agreements, sales of businesses, and related transactions.

Representation of Entertainment Insurers and Guarantors

Leon represents the major insurance carriers and completion guarantors that provide coverage for features, television productions and concert tours. Leon is known throughout the industry as the “go to” lawyer when a film, television production or concert tour runs into trouble due to a loss. He regularly advises and litigates on behalf of companies that insure productions, touring acts and vendors. His expertise covers such issues as production interruption, cast losses, loss and damage of footage, sets and equipment, budget overruns, distribution and delivery issues, and related claims. Leon’s extensive experience has been instrumental in getting dozens of productions back on track.

A father of three, Leon enjoys surfing, skiing and martial arts, having earned a black belt in karate. He is also a student of yoga and Gracie Jiu-Jitsu.